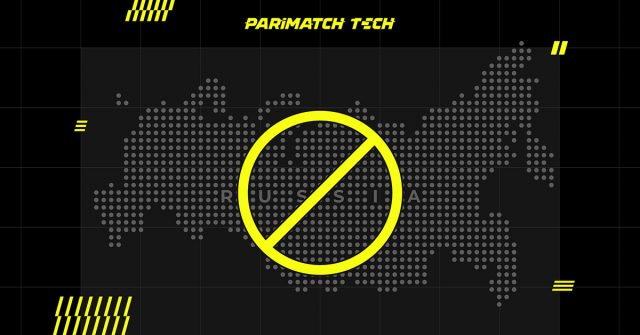 Parimatch Tech has completed the permanent withdrawal of its brand from Russia after finalising all necessary legal proceedings and technical aspects.

Earlier this month, Parimatch Tech announced it was to exit the Russian market in response to the country’s invasion of Ukraine.

Betring LLC had been operating the Parimatch brand in Russia under a deal agreed with Parimatch Tech in 2016, whereby all rights to use the Parimatch trademark in the country were transferred to Betring.

However, Parimatch Tech, which was founded in Ukraine in 1994, sent termination documents to Betring to cease operating the brand in Russia, while it also pursued restrictions for the use of the Parimatch brand in local sponsorship contracts.

This means Russia is banned from using Parimatch advertising materials, symbols, colours, global ambassadors and slogans, while all local ambassadors in the country can no longer use any Parimatch branding.

“The war that Russia started against the Ukrainian people and state made it unacceptable for us to use the brand and tech solutions in Russia,” Parimatch co-chief executive Roman Syrotian said.

“We stopped the support of all processes on operational and technical levels, and we withdrew the Parimatch brand.”

Parimatch Tech co-chief executive Maksym Liashko added: “The board’s decision to leave the Russian market was implemented on all levels. From here on out, any presence of the Parimatch brand in Russia will be considered as a violation of the intellectual property.

“This is not a rebranding or restyling. This is a complete shutdown from the franchise. We have no ties or connections to any further Betring LLC activities.”

Parimatch Tech has announced a series of other initiatives to support Ukraine in recent weeks, including that it had committed UAH60m (£1.6m/€1.9m/$2.0m) to helping people in Ukraine amid the ongoing invasion. The business initially set aside UAH30m to help Ukrainians but increased this amount to provide additional assistance.

In addition, the business’s Parimatch Foundation non-profit launched a charitable fundraiser to help purchase and deliver food and medicine, as well as to assist with the evacuation of victims.

Meanwhile, Parimatch Tech denied reports it would end its partnership with Chelsea but did confirm it would be limiting joint marketing activity with the English Premier League football club in order to focus on its efforts helping Ukraine.

Reports suggested Parimatch Tech would suspend or terminate its deal with Chelsea due to the club’s ownership by Roman Abramovich, the Russian oligarch who has reported links with Russian President Vladimir Putin.

However, Parimatch Tech said that while it would scale back joint marketing activity with the club in order to focus more on its efforts in Ukraine, it would remain in partnership with the team.